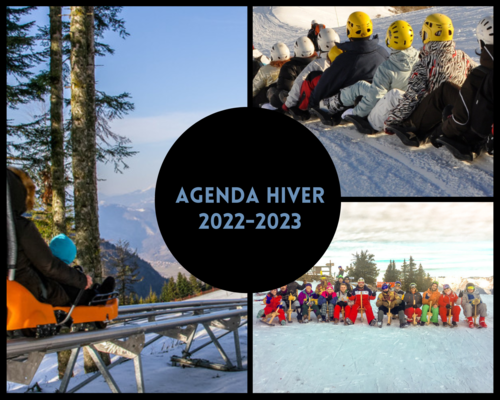 Animations proposed on the resort

📌 DURING THE WINTER SEASON :

→ Every Wednesday at 2pm: Know-how loop. A free activity that allows guests to discover what goes on behind the scenes in winter (how groomers work, the chairlift, vertical evacuation, the Pistes department...)

→ The paret descent on Saturdays and Sundays, during the last chairlift ride

→ December 24: Santa Claus on the slopes

→ 25/03/2023 : "La Trace de l'espoir" : Non-timed course, starting at the resort. Operation is for charity for the association "Mayann Autisme et Vie", which supports a child with ASD (Autism Spectrum Disorder) who needs special and expensive care