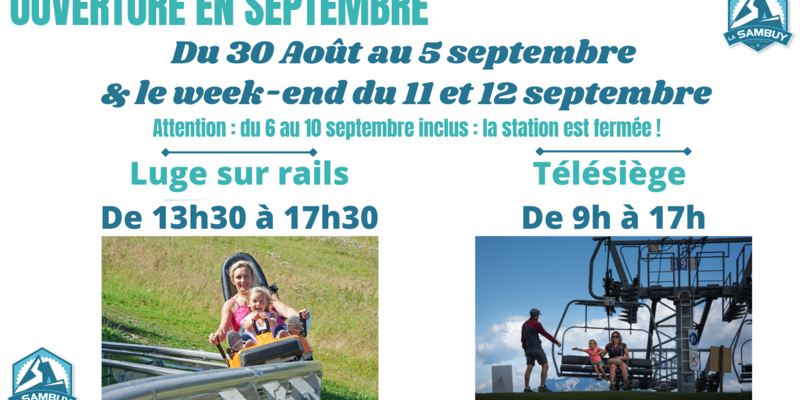 In september, the four season sledge and the chairlift are open!

The chairlift from 9am to 5pm

It is possible to rent material for the via ferrata and the Explor Game® during those days.

Be careful : from the 6th of september to the 10th included, we will be closed.